I lost my longest serving member of staff this week. He’d been with me for nearly 14 years, through thick and thin. He had an important but vital job in my life that is irreplaceable.

His job was simple. It was just to be there. He did it well, so well, in fact, that I find it difficult to work without him being there.

My vitally important member of staff was a little white fluffy cloud with four legs. A maltese terror as I liked to call him. He earned the name “terror” when as a pup he ate over 20 pairs of my shoes (showing an extreme liking for just the left foot, strangely enough).

I often called him a little terrorist due to his bower bird tendencies. He’d make little nests and line them with all sorts of things that he picked up off the floor. It included shoes (well chewed), spoons and oddly enough during renovations whole floor tiles, screwdrivers and other tools ..

Even when he got older and the arthritis and epilepsy made it difficult for him to be a hoarder he still kept his paw in. He’d often snatch toys from his offspring, Charlie, and run away with them hiding them in his basket. He knew that Charlie wouldn’t dare snatch the toy back from him.

As well as being a little terror I also used to call him my little tea cup. Although he wasn’t a tea cup breed he was so light weight and tiny that he felt like a little tea cup when I carried him up and down the stairs.

Everyone always thinks that their dog is beautiful and the best ever 🙂 I know that, but I still also know that Pudgey was the most beautiful dog, inside and out. He was pure white (no brown stains) and fluffy and was so sweet and quiet that he melted every heart he met. Everyone wanted to mind him or borrow him.

When we first got him he was an only fur child. He took to the inner city cafe lifestyle like a fish to water. He was out all the time living it up at cafes and markets. Most of all he liked to meet people. He loved it when people petted him and most couldn’t resist the big brown eyes imploring them for a pat.

I remember once when I was working as a lawyer taking him in my handbag to depose a client. He slept through the hours of statement taking cosy in my bag. When he popped his head out at the end, the client nearly fainted 🙂

When I started working from home he would settle himself in his basket under my desk and there he would stay. He has kept me company through every blog post I’ve written, every book I’ve written, every video I’ve shot (you might hear him in the background of some). He’s been there through every forum post, skype chat and podcast.  He’s been there.

He’s let me use him as a hankie when I’ve cried into his fluffy coat when things have been bad. He’s sat up with David watching footy and eating pizza when I didn’t want to. He’s fathered 14 little fluffy clouds like him. He’s  bought joy not only to us, but all those that loved him.

Today, when I went to do my usual round up of WordPress, I realised that it just couldn’t be done. There’s no WordPress plugin to fill a void, there’s no plugin for grief and sadly there’s no sweet theme that embraces his Pudgeyness.

Maybe next week there will be … 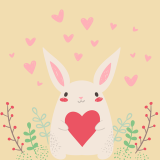 My name is Leanne King and I'm an Australian internet marketer and WordPress fanatic. I share my knowledge of WordPress here on my blog, through my products, private coaching and in private forums. In my spare time I like to develop products for WordPress users that are easy to use. Find me on Google+