So today marks a new era of internet marketing for me.   I’m crossing to the other side ……

Anyone that knows me knows that I have had a hate/hate relationship with my Vista PC.    Last Friday I was tempted to open the window and throw it out.     As my office is on the ground floor I didn’t think that I’d do much damage to it.

I was doing an interview with Sandy from SEO Site Mates that we had arranged a while ago.   I get asked to do a lot of interviews but I don’t do them, mainly because I’m short on time.

I’d tested my microphone the night before – all working well.

Ten minutes before start of interview another quick test …guess what.  Nothing worked 🙁 Okay, we all have off days so I switched to my XP PC.  Still no joy – sounded like I was trapped in the chunnel.   Changed microphones – no use.

I had to actually pick up the phone.    It’s funny really, in my previous job I was permanently attached to the phone but since I’ve been doing internet marketing I rarely use a landline.    It’s a foreign concept when skype is so much more convenient.

Just not one thing

Lately, I’ve been putting off doing or listening to videos because the sound quality is so awful.   It wasn’t until I was chatting to Sandy and airing my frustrations with my PC that I realized how many products I’ve failed to release because of  computer problems.  How many opportunities I’m letting pass me by.

Chewed Up and Spat Out

Of course, it’s not a recent hate affair with the PC.   That began when I wrote my book WordPress For Internet Marketers and 300 pages of it “disappeared” from Word.    I gained a wrinkle instead and had to rewrite.    The rewrite I managed, the wrinkle is still there. Word and I have hated each other ever since.

I often just sit at my PC waiting.   Waiting for it to do something, update, scan for viruses ….it’s all a drag and patience is not one of my virtues.     It’s also time that I could actually spend doing something slightly more productive than rearranging my desk.

The final straw was one of my sites had been infected with Malware despite my security precautions.  Not a big deal if it was a couple of page niche blogs.    Not so.   This is over 100 pages of articles with  lots of links.     After a long ….two hour…cyber chat with my web host it appears that the culprit is my PC.

After thinking about the time that is spent with PC problems, updates, virus issues and computer crashes I decided it was time for a change.

I’ve bought an apple computer – an IMac.    Even looking at the screen makes me smile.   It’s so pretty and it’s so big.   It makes me feel like my PC screen is the size of an ipad!   I’m wondering what it will be like to wake up in the morning and actually look forward to seeing your computer and get work done.    Not having to worry about Word crashing every time I create a report, not sitting for 15 minutes while it updates.  I think it’s going to be a brighter more productive world (once I figure out how to use it!).

If you are an internet marketer you need to have the right tools.   It wasn’t until I sat down the other day and worked out how many things I have been “putting off” because of my tools that I realized what a mistake it was.      WordPress is one of my fave tools but to be effective we have to build on the right foundations.     I’m pretty sure that my new Apple computer  is going to be one of the right tools to bring my internet marketing business forward.   I’m also sure I’m going to spend less time fiddling with stuff to make it “go” properly and more time actually working! 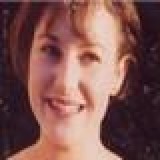 My name is Leanne King and I'm an Australian internet marketer and WordPress fanatic. I share my knowledge of WordPress here on my blog, through my products, private coaching and in private forums. In my spare time I like to develop products for WordPress users that are easy to use.Find me on Google+

2 replies on “My big box is coming today”

That’s great Leanne! I made the switch last year. I am still getting used to the differences, but it’s nice to have a system that doesn’t crash as much as my Windows systems did.
+1

That’s great Leanne! I made the switch last year. I am still getting used to the differences, but it’s nice to have a system that doesn’t crash as much as my Windows systems did.